Hi Aleksandar, tell us how you got involved in the edible insects business
As the market of live insects in Croatia was dependent on imports, and the offer was reduced to insects that cannot meet the standards for animal nutrition, we decided to start producing quality food. We founded the cricket farm at the end of 2015, and in 2017 we launched the BSFL (Black soldier fly larvae) farm and we appeared on the market under the name Insektarij – bug factory. As an insect farm, since 2018 we have been registered in the Register of Farms in the Croatian Agricultural Agency. Since insects have been an important subject of research in human and animal nutrition in the last few years, in early 2016 we participated in the establishment of the Insect Research Group at the Faculty of Veterinary Medicine, University of Zagreb, aiming to contribute to the use of insects for human and animal nutrition. Scientific research and technology transfer are carried out in cooperation with the Faculty of Veterinary Medicine in Zagreb.

Which species of insects are you working with?
Initially, we experimentally bred four species: G. assimilis, T. molitor, Z. morio, and H. illucens. Over time, after analyzing the market, nutritional value, and breeding conditions, we decided on two species and currently we are breeding Gryllus assimilis and Hertmeta illucens (BSFL). The idea is that the cultivation of Gryllus assimilis is intended for human consumption while the larva of the black soldier fly, with all its other advantages, is intended as animal feed. We are also researching the methods of intensive farming and modulating the nutritional composition of these insects. As insect feeding is one of the key aspects of breeding, an important part of the research is the optimization and commercialization of insect food so that the breeding would be in line with the nutritional needs of insects, but also commercially viable. We have managed to breed insects of ideal chemical composition, rich in proteins and all of the important amino acids, fatty acids and minerals.

What products are you marketing?
We currently only offer live insects, and we are just starting to sell cricket feces as organic fertilizer under the brand name Cricketizer. We offer insects of different ages and sizes, from one-day-olds to adults. They are available on the market in various packages, and in addition to direct sales on the farm, online sales have proven to be optimal. As we are not allowed to place insect-based products on the market, we took the opportunity to expand our range of insect breeding by-products. Namely, in the crickets breeding, a by-product is feces that can be used as an organic fertilizer. Preliminary research conducted at the Faculty of Agriculture, University of Zagreb has shown that cricket feces have excellent potential for use as fertilizer. Elemental analysis showed a very high content of basic nutrients, several times higher than fertilizers already used in organic production (manure). 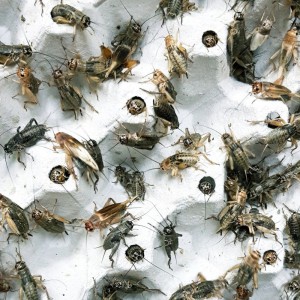 What’s the hardest obstacle you faced in rearing insects?
If we disregard the lack of knowledge about breeding technologies in our beginnings, legal regulation has proven to be an insurmountable obstacle. Namely, as there are no special laws on insects as food in Croatia, the only legal regulation is EU Regulation 2015/2283 (EPCEU 2015). In Croatia, food safety is organized in two different sectors. State veterinarians are in charge of supervising primary food production and processing, and the public health sector is in charge of safety control. When it comes to IBF (insect-based foodstuff), there is no coordination between these two sectors, which makes it difficult for us as breeders to make any attempt to produce insect products for human use. As a paradox, there is a possibility to order edible insects through online shops, which will be delivered to your home, while any attempt we may make to sell these products would be foiled. 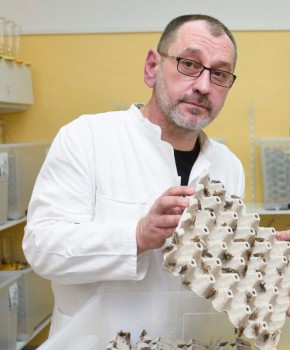 How’s the market going on in Croatia?
When it comes to live insects, we are present on the market through specialized stores, Internet sales and direct sales on the farm. Unfortunately, we cannot say that there is an insect-based foodstuffs (IBF) market in Croatia. Namely, for EU members, the amendment to the Regulation on novel foods (2015/2283) is the only legal document that directly mentions insects as food. The regulation only lays the groundwork for how classify a particular species of insect in order for it to be included in the EU list of permitted foods. Until the adoption of legal regulations, the EU recommended to all member states to independently control the regulations related to edible insects. In the Republic of Croatia, only the EU regulations are considered meritorious and national legislation does not allow placing edible insects on the market. As there is no national legislation relating to IBF, insect farms for human food are not allowed, only insect farms for animal feed are allowed. Any attempt to place edible insects on the market as food for humans would result in the immediate closure of the farm. Recently, a well-known retail chain tried to put edible insect products on the shelves and the state inspectorate ordered the product to be withdrawn from sale on the same day.

What are your plans for the next years?
In next few years we are expecting the EU to regulate legislation frame for edible insects, and accordingly, the implementation of those regulations in Croatia. To be fully prepared, we have a plan to increase production capacity over a period of one year by 300%. Together with our colleagues from locust farm Mudro Bioindustry we plan to establish a platform for joint market distribution. Smaller producers always have specific skills and knowledge, products are often higher-quality, but when it comes to market presence, the odds are on big players’ side. You can clearly see that on meat markets, vegetable markets and so on. Our strategy is to expand, but without quality reduction.