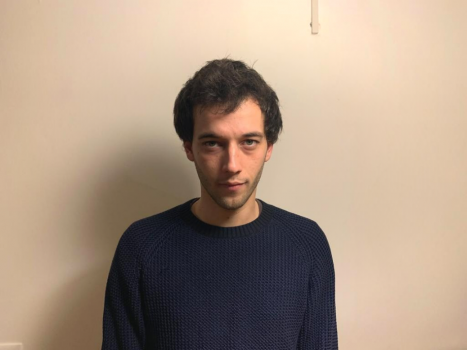 Tell us how you guys met the BSF and how you got the idea to use them for the bioconversion
Both Caterina Luppa (the co-founder) and I studied at the University of Wageningen (The Netherlands). Here we came into contact with the concept of bio-conversion through the breeding of insects. I had the opportunity to study and work under the supervision of some of the world’s leading exponents in the sector: Arnold van Huis, eternal present from the WUR entomology department; Joop van Loon, supervisor of my thesis; Dennis Oonincx, the spearhead of the laboratory, he is always available to talk about concrete ideas and applications; Marcel Dicke, of whom I followed courses, was the counter-supervisor of my thesis). After that, I did a 6-month internship in Rotterdam at Bestico (Koppert spinoff), where I helped optimize a plant producing several tons of black soldier fly larvae weekly. In Wageningen, bioconversion was a growing topic in the years I was there. My belief in the insect rearing business was also born thanks to close friendship (and long chats) with Alberto Zamprogna, who I know has collaborated extensively with the Entomofago.

Tell us about the Bugslife project
BugsLife is developing patented technologies for large-scale breeding of black soldier fly (BSF) larvae. The large-scale breeding of BSF larvae is one of the most promising examples of the developed circular economy in recent years. In fact, by breeding insects, it is possible to bio-convert (or recover while transforming) many agro-industry by-products. In other words, a BSF farm does not need conventional feed. The BSF can quickly grow by feeding on organic residues, of which Italy is particularly rich. The by-products (sometimes referred to as “waste”) from olive oil processing, beer, and fruit juice production are just some examples of the organic flows that we can use to feed the intensive breeding of larvae. After having transformed the agricultural by-products into larvae in just seven days, The BugsLife plant carries out a first transformation of the product, where the larvae are dehydrated and defatted: in this way, we create a stable, healthy, nutritious and high protein product (about 60% of proteins). These proteins will subsequently be used in animal nutrition, such as pets (dogs, cats, reptiles) or livestock (fish and pigs). Insects can be considered a highly sustainable source of protein as they are produced:
1. Starting from local agricultural by-products;
2. Using renewable energy sources;
3. Within the same plant (vertical integration).
Through the use of insect proteins, we can partially replace the need for importing ‘fish proteins’, on which we largely depend for the nutrition of our livestock (30.000 tons/year). The development of the intensive insect rearing sector is strategic also at the European level. In recent years, many regulations have been issued to open this new sector, which has triggered the mobilization of much private capital towards developing these new highly technological agricultural practices. Finally, a second important product accompanies insect proteins production: insect frass which is the organic residue of the digestion of insects (i.e. the faeces of the larvae). Insect frass has impressive fertilizing and soil improver characteristics. The breeding BSF rearing is often summarized as: ‘many products, no waste’.

Do you farm your own insects?
Yes, to feed a BSF farm that has an industrially relevant scale, we need more than 100 million individuals per week, all year round. For this, it is necessary to self-produce the progenitors of the fattening larvae.

What products are you marketing at the moment?
We currently have no products on the market. We are going through the pilot plant phase, which will allow us to refine the patented technologies. Thanks to the union (2021) with another startup in the sector, Kinsect, the pilot plant building is possible. Within 12-18 months, we will complete the experimental phase, preparing us to build the first Italian plant on an industrial scale for bioconversion through insect breeding.

What about the feedback of potential customers?
We are in contact with various pet food producers and aquaculture breeders. They are all eager to try our products as soon as they are ready to be produced consistently and efficiently. Insect protein is highly nutritious and hypoallergenic, but it also has intrinsically sustainable practices, which assumes an excellent value for consumers who are increasingly attentive to the environmental impact of the products they buy.

Do you believe in a fast-growing market for insects as feed and food?
The market demand already exceeds the supply. It is forecast to grow for many years and become a supply problem if insect meal reaches a specific price to be competitive with traditional protein sources (e.g. fishmeal). On the other hand, the offer will not grow exponentially (as we are used to seeing these days, in the software industry, for example), but the growth will be relatively linear, at least for another 3-6 years. The reasons for linear growth are:
1. There is no state funding for developing technologies or subsidies for production (a common practice in agriculture).
2. The technologies are still in their first iterations (it is inadvisable to start the construction of multiple plants until there is a certain level of confidence in the technological solutions developed).
3. Absence of a solid supply chain
4. The human capital that possesses specific skills (industrial bioconversion) is rare.

How will Bugslife develop in the next 3 years?
We will be on the crest of the wave of what will be the “second phase of the sector”, that is the one where the industrial breeding of insects will go from being an emerging sector (as it is considered today) to being an agricultural practice known and integrated into the system. To date, there are 0 industrial bioconversion plants in Italy; by 2030, there will be about 100; a certain fraction of these systems will come with BugsLife technologies!