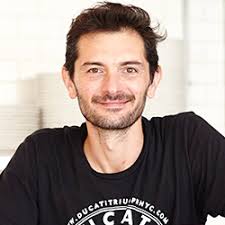 Interview with Gabriele Corcos, Chef, writer musician and tv personality (but this list could be longer)

Hello Gabriele, tell us a little bit about yourself
I’m Gabriele Corcos, I was born in Florence but grew up in the countryside slightly above the valley, in a tiny village called Fiesole. In 2001 I met a woman who stole my heart and brought me to the States, where I reinvented myself as a musician, chef and TV producer. I had the good luck and ability to go on air on an international channel with a show about food and my life between America and Tuscany. It went very well and we recorded almost 100 episodes.
Then I wrote two successful books (one is a New York Times bestseller), both about food, one is titled “Extravergine” and the other one is called “Supertuscan”.
I lived in Los Angeles for a decade, I got married and had two kids there. Now we live in New York but we are considering to move back to Italy: it’s the right time! But for now, my work, life and business are still in Brooklyn.

We know that you’ve already cooked insects, what’s your expert opinion?
During my life here in America, and growing up in Italy, I never had many chances to use insects as food, proteine sources or ingredients for more elaborate dishes. A couple of years ago I was in Texas and for the first time I ate tacos with fried crickets, all washed down with a couple of beers, but then I had stomachache and I blamed the crickets. Then over the last year I spent quite some time focusing on topics such as sustainability, the future of what we eat and how we cook based on the technologies that are currently being used, our future and how humanity could survive on this planet after the increase in the population and the need to feed everybody.
In the last year, during a TV production here in the States, I had the chance to discuss with experts in this field, investors that are bringing their expertise in the food and beverage sector, food service and supply chain providers, and they seem to be developing an interest in new ingredients such as insect flour. There are also other products like energy bars or whole dried insects. Of course, seeing an entire insect can cause some resistance in the consumer that is approaching this world for the first time, while flours are easier to use and propose.
During the filming, I prepared fresh pasta using cricket flour mixed with traditional flour, kind of an hybrid where the new ingredient would change both the texture and the taste of the product, and I was pretty skeptical. But they worked magic and I was really impressed with  the elasticity of the pasta, its color and smell.
After tasting it, I must admit that it’s not anything less than the more traditional pasta I came across in the Tuscan and Emilian countryside, and it’s similar to the pasta made with chestnut flour.
So, as I already said, I think that insect-based flours will become part of the Western diet more easily, although this will take time because the prejudice is still strong. 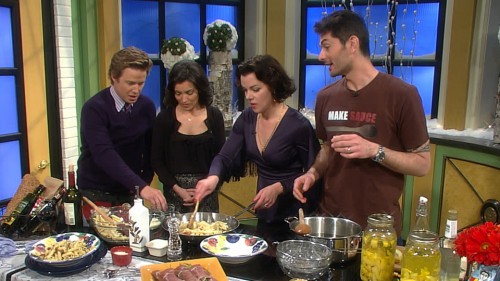 What is the role of professional chefs in promoting these new foods?
The role of a professional chef in promoting alternative ingredients, such as those based on insects or laboratory proteins, is to explain. I mean explaining and not justifying, making clear that insects are basically just like other animals, that these are natural products to eat and if we want to maintain a certain level of quality in the ingredients we produce (meat, vegetables, etc.), then it is essential to differentiate the protein sources, since there are just too many of us in the world to continue to eat the way we’ve been doing.
Therefore it is a matter of describing and explaining how we can re-balance and re-calibrate our consumptions in order to allow us to remain on this planet a bit longer. I am a pessimist, I think that this planet has already reached the tipping point. Now we need to be aware of this, understand the situation and find ways to slow the process. For me professional chefs have a huge opportunity, because they are communicators that communicate through their dishes, they are artists, and if you are a successful chef people tend to listen to you, but it is important to keep yourself up to date and understand the ingredients to be able to turn them into dishes that don’t scare the consumers but rather raise interest, curiosity, awareness and consequently their willingness to help and be part of a movement that work to save the planet through food.

Are Westerners ready to add insects to their diet?
I believe that Westerners are generally more willing to try new foods, especially given the  way television revolutionized food and the way it is communicated over the last 10 years. The key aspect though is to be able to explain why we can all be part of this change, and to this purpose it is important to use social media since the younger generations are more sensitive to change things. But more in general I believe that we are ready for this. It is a matter of  talking about and spreading confidence around it. 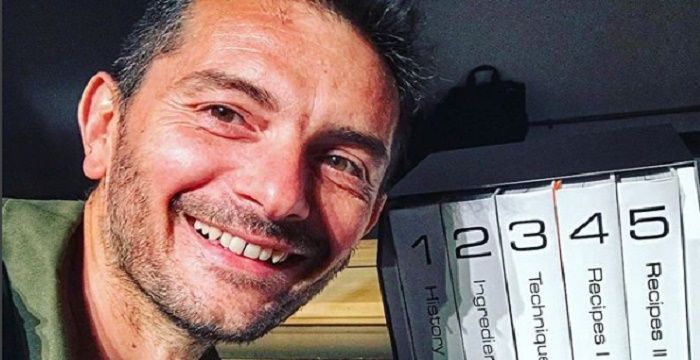 What’s the level of acceptance among US consumers?
Cities like Los Angeles, San Francisco, San Diego, New York, Boston show more flexibility and willingness to try new things. This is far less evident in the central states. For me, professionals, investors, manufacturers and ecologists are those who are currently paying the most attention to this topic.
It’s not a mass phenomenon yet and communication will be key in the coming years, but I’m already seeing results, with an interest coming from investors from the technology and agri-food sectors, people opening restaurants or investing in new start ups dedicated to lab proteins, insects, vertical crops, hydroponics – foods generally considered as Novel Food but that I think will emerge and be accepted for what they are.

You are Italian. Do you think that Italy could be a leader also in this food sector?
I think that Italy has a great potential in this sector.
Our country has always had a very important voice in the culinary trends all over the world, influencing the migration of food and recipes. But when it comes to insects, there is still this an enormous gap, also at an intellectual level, between a leg of ham and cricket flour pasta. It is a matter of talking about it in the right way, and I believe that Italy is pretty ready for that. But it’s up to us as professionals to find the best way to present the use of insects in the kitchen as a great solution to global problems that affect all of us, our land, the ability to live  on this land, to support our family and children. We have the chance to make small revolutions in the kitchen every day that can change the world.